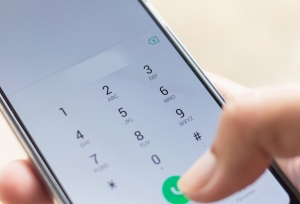 By Jeremy Mittman and Louise Truong

Recently, the California Court of Appeals ruled in a 2-1 split decision that employees who are required to call in two hours prior to the start of their shifts to ask whether they needed to report to work are entitled to reporting time pay.  In Ward v. Tilly’s, Inc., the Court held that Tilly’s on-call policy triggered the “Reporting Time Pay” provision of California’s Wage Order 7, which applies to the retail industry. The Ward majority held that Wage Order 7’s Reporting Time Pay provision applied because Tilly’s workers “reported” for work when they called-in.

Under the Reporting Time Pay provision, employers are required to pay employees reporting time pay, as follows: “Each workday an employee is required to report for work and does report, but is not put to work or is furnished less than half said employee’s usual or scheduled day’s work, the employee shall be paid for half the usual or scheduled day’s work, but in no event for less than two (2) hours nor more than four (4) hours, at the employee’s regular rate of pay.” For example, if a sales clerk is scheduled to report to work for an eight-hour shift and only works for one hour, the employer is still obligated to pay the employee four hours of his or her regular rate of pay.

Accordingly, based on the Court’s decision in Ward, an employee who is required to call-in two hours before his or her shift to confirm whether the employee is required to report to work, must be paid for half the employee’s scheduled shift for the day, but in no event less than two hours nor more than four hours of pay.

In her dissenting opinion, the Honorable Anne H. Egerton concluded that employees are only entitled to reporting time pay if they physically report to work, stating the “legislative history of the phrase ‘report for work’ reflects the drafters’ intent that – to qualify for reporting time pay – a retail salesperson must physically appear at the workplace: the store.”

Given the inclusion of “Reporting Time Pay” provisions in all Industrial Welfare Commission’s Wage Orders, the Court’s decision in Ward broadly impacts all industries. Also notable is the rise in class action matters against companies with call-in practices similar to Tilly’s, Inc.  For example, both Victoria’s Secret Stores and Abercrombie & Fitch Trading Co. have been recent targets of class action claims that led to multi-million dollar settlements for their failure to pay reporting time pay for employees who were required to call in before the start of their shifts, but were told not to come in.

Accordingly, employers should carefully review their call-in practices and reporting time pay policies to ensure they are legally compliant.