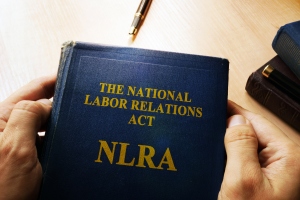 Recently, the National Labor Relations Board (“NLRB” or the “Board”) returned to its long-standing independent-contractor standard, known as the common law agency test. In SuperShuttle DFW, Inc., the Board ruled that shuttle-van-driver franchisees of SuperShuttle at Dallas-Fort Worth Airport are not statutory employees under the National Labor Relations Act (“NLRA”), but rather independent contractors excluded from the NLRA’s coverage.

In reaching this holding, the Board considered factors including the franchisees’ leasing or ownership of their work vans, method of compensation, control over their daily work schedules and working conditions, absence of supervision, and the parties’ understanding that the franchisees were independent contractors. The Board determined these factors provided the franchisees with significant “entrepreneurial opportunity” for economic gain. The Board’s SuperShuttle decision expressly overruled its 2014 decision in FedEx Home Delivery, which modified the common law agency test by limiting the significance of a worker’s entrepreneurial opportunity for economic gain.

While employers may celebrate the NLRB’s return to this broader standard, they are still required to comply with state wage and hour laws.  Some states may maintain stricter independent contractor standards. For example, the California Supreme Court’s recent holding in Dynamex Operations Inc. West v. Superior Court severely limited employers’ abilities to hire individuals as independent contractors to perform work that is clearly or arguably within the course of the hiring entity’s business. California employers who treat these individuals as employees under Dynamex (by for example, withholding employment taxes, setting hourly rates of pay, providing for meal breaks and rest periods) may have difficulty later arguing that they are not employees (but rather independent contractors) under the NLRB’s broader standard. Thus, the interplay between the NLRB’s independent contractor standard and those under state law remains to be seen.  Nonetheless, this new decision is welcome news for employers whose operations are subject to the NLRA.