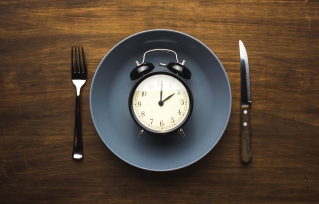 By Jeremy Mittman and Stephen Rossi

On November 21st, the California Court of Appeals ruled in Donohue v. AMN Services, LLC regarding meal breaks and how they get tracked. Overall, Donohue is a positive wage and hour development for California employers. The case is also helpful in providing a roadmap for a design of an exceptionally good (and now, court approved) electronic meal break recording system (further described in the explanation of the decision), which enables an employer to track the reason for a noncompliant meal period and obtain notification with minimal administrative burden. California employers would be well-served to consider adopting a similar meal break monitoring system, which—considering the cost of defending against meal break claims, a perennial favorite of plaintiffs’ attorneys—would be money well spent. The Court’s decision and the intricacies of the case are further described below.

In California, an employer is entitled to use a rounding policy if the rounding policy is fair and neutral on its face and is used in such a manner that it will not result, over a period of time, in failure to compensate the employees properly for all the time they have actually worked. On November 21, 2018, the California Court of Appeals, in Donohue, applied this rule for the first time to California’s meal break law, which requires that employers provide non-exempt employees with no less than 30 minutes of unpaid time off prior to the sixth hour worked. If an employer fails to provide an employee a meal period, the employer must pay one additional hour of pay at the employee’s regular rate of pay for each workday that the meal period is not provided. In Donohue, the Court held that the rule regarding neutral time-rounding systems also applies to meal periods, which may be neutrally rounded up or down. In other words, the fact that a particular meal period was actually less than a full 30 minutes but was rounded up to 30 minutes by an employer’s neutral time-rounding system does not trigger a meal period premium of one hour’s extra pay. Donohue was certified for publication on December 10, 2018.

The Court held that the employer’s rounding policy complied with California law because it was fair and neutral on its face and used in such a manner that it did not result, over a period of time, in failure to compensate the employees properly for all the time they had actually worked. The Court further held that it found no basis on which to deny application of the employer’s California-compliant rounding policy to an employee’s meal period. As a result, the Court affirmed the trial court’s granting the employer’s motion for summary adjudication as to the plaintiff’s meal break claims.