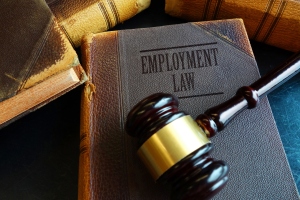 Recently, in Curry v. Equilon Enterprises LLC, the California Court of Appeal ruled that a wage and hour class action against Shell Oil could not proceed because the service station manager bringing the suit was not a Shell employee.  Rather, the manager was employed by ARS, the company that contracted with Shell to operate the station.

Similar to a franchisor-franchisee relationship, ARS had a contract with Shell to operate multiple gas stations.  The plaintiff managed two locations.  She was hired by ARS, trained by ARS employees, reported to ARS employees, and supervised ARS employees.  ARS paid plaintiff and made all disciplinary and promotional decisions regarding her employment.  Plaintiff brought a class-action suit against ARS and Shell, claiming she and other managers were misclassified as exempt employees, denied overtime pay and denied meal and rest breaks. The plaintiff also claimed that ARS and Shell were joint employers.

In ruling that the plaintiff was not a Shell employee, the Court discussed three possible definitions of what it means to employ someone: (1) to exercise control over wages, hours or working conditions; (2) to suffer or permit to work; and (3) to engage.

The Court said the first definition did not apply because Shell did not control the plaintiff’s wages, hours or working conditions.  ARS controlled all of these.

The second definition did not apply because Shell had no authority to hire or fire the plaintiff.  Plaintiff argued that the Court should apply the “ABC test” definition of the “suffer or permit to work” test recently adopted by the California Supreme Court in Dynamex Operations West, Inc. v. Superior Court.  Under the Dynamex ABC test, a worker is presumed to be an employee unless the hiring entity establishes each of three designated factors: (a) that the worker is free from control and direction over performance of the work, both under the contract and in fact; (b) that the work provided is outside the usual course of the business for which the work is performed; and (c) that the worker is customarily engaged in an independently established trade, occupation or business.

The Court, however, held that the “ABC Test” applies in the case of the potential misclassification of independent contractors, not in the joint employment context. The court further articulated an important policy purpose for not applying the ABC test, explaining that:

With respect to the third definition, the Court said “to engage” referred to a multi-factor test, which considers: (1) whether the worker is engaged in a distinct occupation or business, (2) whether, considering the kind of occupation and locality, the work is usually done under the principal’s direction or by a specialist without supervision, (3) the skill required, (4) whether the principal or worker supplies the instrumentalities, tools, and place of work, (5) the length of time for which the services are to be performed, (6) the method of payment, whether by time or by job, (7) whether the work is part of the principal’s regular business, and (8) whether the parties believe they are creating an employer-employee relationship.  Applying these factors, the Court held that the plaintiff was not employed by Shell.

Thus, the Court ruled that Shell was not plaintiff’s employer under any of the three potential definitions.

As the first post-Dynamex published appellate decision, Curry should at least put joint employers (such as companies that utilize leased workers or temporary employees engaged by a third party temporary agency) at ease with respect to the “ABC” test, provided at least one of the joint employers treats the worker as an employee for purposes of taxes, payroll and benefits.