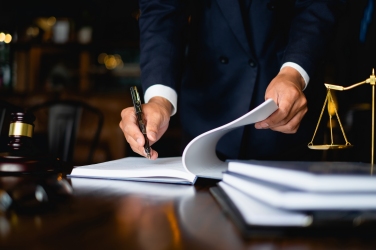 If you regularly deal with union concepts, read on! Otherwise you may find this a tad wonky…

After some three years into the current administration, the NLRB (“Board”) has issued new election rules that reverse or modify rules put in place during the Obama administration.  The Obama era rules, commonly referred to as the “fast track” or “quickie” election rules, were the subject of controversy and debate between the business community and organized labor prior to their becoming law in 2014.  The stated policy objectives for the Obama era rules were “to simplify and modernize” the Board’s election procedures for determining employee desire for union representation, establish “greater transparency and consistency” in administration of those procedures, and provide for a more “fair and expeditious resolution” of NLRB election cases; however, the business community objected to the Obama era rules primarily because they imposed procedural and substantive limits on the types of issues that can be adjudicated in a pre-election hearing, and shortened the time frame within which such hearings were to occur.

The new rules became effective December 18, 2019.  Set forth below is a summary of the more significant aspects of the new rules and how those rules differ from those previously in place. END_OF_DOCUMENT_TOKEN_TO_BE_REPLACED 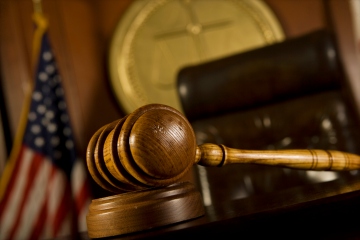 The NLRB under the current administration continues to issue decisions that factor in legitimate business considerations of employers when evaluating rules that are alleged to restrict employee protections under the NLRA.  One such recently issued decision, LA Specialty Produce Company, 368 NLRB No. 93 (October 10, 2019), may have particular significance to many of MSK’s clients because it addresses an important issue on which we frequently have consulted with clients in the past — restrictions on communications responsive to inquiries from the media.

END_OF_DOCUMENT_TOKEN_TO_BE_REPLACED

On May 14, the National Labor Relations Board (“NLRB”) released an advice memorandum declaring that Uber drivers are independent contractors (not employees) and are, therefore, not eligible to unionize.  The memo, dated April 16, 2019, said the drivers are independent contractors under the NLRB’s recently-adopted SuperShuttle test (see here), because they have “significant entrepreneurial opportunity” while driving for Uber.   The NLRB’s standard only applies in the labor context.  It does not apply to California wage claims and lawsuits, where the California Supreme Court has adopted the ABC Test set forth in Dynamex (see here). END_OF_DOCUMENT_TOKEN_TO_BE_REPLACED 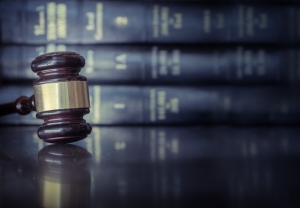 On July 13, 2018, the National Labor Relations Board (NLRB) released seven new memos from its Division of Advice, which is part of the NLRB’s Office of the General Counsel.  The memos resulted from requests for guidance by various NLRB Regional Directors on cases their offices were handling.  The General Counsel’s office can release advice memos to the general public at its discretion after a case has been closed.  The earliest of the seven memos was issued in 2014 and the latest is dated June 14, 2018.  END_OF_DOCUMENT_TOKEN_TO_BE_REPLACED

The following was written collectively by our Labor & Employment Department.

A. The “New” National Labor Relations Board Decisions and Memos

As of this past fall, following confirmation of Marvin Kaplan and William Emanuel as new members of the National Labor Relations Board (“NLRB”), that agency has obtained a 3-2 Republican majority for the first time in almost a decade. As expected, in the few short months thereafter, the Trump era NLRB has been on a path to reverse many of the decisions and actions taken by the Obama era NLRB. Here are the more significant NLRB decisions that fall in this category. Notably all were decided this past December.

On December 14, 2017, in The Boeing Co., 365 NLRB No. 156, the NLRB overturned its standard for evaluating the legality of employee handbook policies. The standard that was overruled was established in Lutheran Heritage Village – Livonia, 343 NLRB 646 (2004). In Lutheran Heritage, the NLRB stated that a policy is illegal if employees could “reasonably construe” it to bar them from exercising their rights to engage in union or other concerted activities under the NLRA. In the Boeing case, the administrative law judge applied the Lutheran Heritage rule to Boeing’s workplace policy restricting workers’ use of camera-enabled devices and similar recording devices such as cellphones on company property violated the NLRA. Although Boeing’s “no-recording” policy would have violated the NLRA under Lutheran Heritage, the NLRB in Boeing stated that Lutheran Heritage’s “reasonably construe” standard entails a “single-minded consideration of NLRA-protected rights, without taking into account any legitimate justifications associated with policies, rules and handbook provisions.” END_OF_DOCUMENT_TOKEN_TO_BE_REPLACED