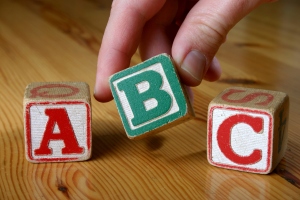 In Dynamex Operations West, Inc. v. Superior Court, the California Supreme Court issued a unanimous decision adopting a new standard for determining whether a California worker is an employee or independent contractor under the wage orders adopted by California’s Industrial Welfare Commission. In adopting the new standard, the Court noted that, under the wage orders, “employ” has three alternative definitions: “(a) to exercise control over the wages, hours or working conditions, or (b) to suffer or permit to work, or (c) to engage, thereby creating a common law employment relationship.” Of these, the broadest definition is “to suffer or permit” to work. As the Court stated:

“We conclude that in determining whether, under the suffer or permit to work definition, a worker is properly considered the type of independent contractor to whom the wage order does not apply, it is appropriate to look to a standard, commonly referred to as the ‘ABC’ test, that is utilized in other jurisdictions in a variety of contexts to distinguish employees from independent contractors. Under this test, a worker is properly considered an independent contractor to whom a wage order does not apply only if the hiring entity establishes: (A) that the worker is free from the control and direction of the hirer in connection with the performance of the work, both under the contract for the performance of such work and in fact; (B) that the worker performs work that is outside the usual course of the hiring entity’s business; and (C) that the worker is customarily engaged in an independently established trade, occupation, or business of the same nature as the work performed for the hiring entity.”

(Emphasis added). This holding is a particularly notable departure from the multi-factor common law test used by the Court to determine employment status in other contexts. The newly adopted ABC test presumptively considers all workers to be employees, and permits them to be classified as independent contractors only if the hiring business demonstrates that all three of the “ABC” factors exist. In other words, the test weighs heavily in favor of finding an employment relationship to exist.

Employers may find themselves particularly stumped when it comes to the “B” factor of the ABC test (determining whether a worker performs work that is outside the usual course of the hiring entity’s business). In evaluating this issue, the Court provided examples of workers it would consider to be independent contractors and employees. For instance, plumbers and electricians providing services to a retail store would not be considered performing work within the store’s usual course of business, so these workers could properly be classified as independent contractors. On the other hand, the following workers would be considered employees: (1) a work-at-home seamstresses hired by a clothing manufacturing company to make dresses from cloth and patterns supplied by the company that will thereafter be sold by the company and (2) a cake decorator hired by a bakery to work on a regular basis on its custom-designed cakes. Currently, many businesses use independent contractors to perform work that is clearly or arguably within the course of the hiring entity’s business. For example, in the media and entertainment industries, independent contractors are sometimes engaged to contribute to a production.

The adoption of the “ABC” test will have significant, far-reaching impact on California businesses. Accordingly, California businesses must redouble their efforts to properly classify workers and should assess the many significant risks associated with misclassification. Among others, the new test will pose significant challenges for “gig economy” businesses, which engage a significant number of workers as independent contractors, many of whom are clearly performing work that is not “outside the usual course of the hiring entity’s business.”

Q: What are the “wage orders” that were at issue in Dynamex?

A: The wage orders are “constitutionally-authorized, quasi-legislative regulations” that have the force of law and impose obligations relating to the minimum wages, maximum hours, and a limited number of very basic working conditions (such as minimally required meal and rest breaks) of California employees. Some wage orders are specific to an industry, while others apply more generally to employees engaged in certain types of work. The wage orders were initially drafted by the Industrial Welfare Commission, a state agency that was defunded by the legislature in 2004.  Many obligations set forth in the wage orders are also addressed by specific provisions of the California Labor Code.

Q: Does the Dynamex decision affect the definition of an “employee” under the Labor Code or any other laws?

A: Technically, no.  The Court makes clear that its decision is limited to defining the definition of an “employee” under the wage orders. However, as a practical matter, even if a different definition applies, it would be extraordinarily difficult to treat someone as an employee under the wage orders, while simultaneously treating him or her as a contractor under the Labor Code.  Moreover, based on the sweeping language used by the Court in Dynamex, it is possible that the ABC test will be adopted under other statutes, such as the state payroll tax, unemployment and workers’ compensation laws.

Q: Does Dynamex impact the definition of an employee under the federal Fair Labor Standards Act?

A: No. Under the FLSA, an “economic realities” test is used.  It will be more likely that an employment relationship will be found under the “ABC” test adopted in Dynamex, than under the FLSA.  Therefore, multi-state employers will need to carefully scrutinize their classification of independent contractors in California, even with respect to positions that may be properly classified as such outside of California.

Q: Will Dynamex have retroactive application?

A: It is unclear whether Dynamex has retroactive application; however, the California Employment Law Council has filed an amicus request asking the California Supreme Court to clarify that the test adopted in Dynamex be prospective only. MSK will keep you informed as to the status and outcome of this request.